Three Reasons To Remove The Caulking When Refinishing Your Bathtub

While there are many trained professionals who can adeptly refinish your bathtub for you, you might be eager to research the steps to completing this project and tackle it yourself. Refinishing a bathtub is a good idea for those who aren't keen on the appearance of their tub but don't want to invest in a new one. Provided that the tub is structurally sound, refinishing it can give it a like-new look — and also give you a high degree of satisfaction. In order to do the job properly, you should remove the old caulking and then add new caulking. These extra steps are worthwhile for the following reasons.

When you don't remove the old caulking that surrounds your bathtub, you'll essentially apply the refinishing paint right up to the edge of the caulking. This approach might be quicker, but you'll be left with a less-than-satisfactory job. For example, when the new paint dries, there might be an obvious eyesore where there's a bit of the old tub surface showing through between the edge of the caulking and where you stopped painting. This will especially be visible if you're refinishing the tub in a different color. Removing the caulking allows you to properly coat the entire tub's surface.

You'll Get Rid Of Mildew

Mildew and mold can lurk around the caulking that surrounds your bathtub. Sometimes, the mildew is visible in the form of discoloration on the surface of the caulking. In other cases, however, a tiny gap between the caulking and the edge of the tub can allow water to get in, which will lead to the growth of mildew. If your bathroom perpetually smells damp and musty, its air quality isn't ideal. Cutting away the old caulking before you refinish the tub, cleaning the area thoroughly, and applying new caulking, will eliminate all of the mildew.

You'll Do A Tidier Job

There's no question that removing the old caulking before you refinish your bathtub will allow you to do a tidier job. Even if you cover the old caulking with painter's tape, you can often get some of the refinishing paint on top of the caulking. You might not notice the mistake when the paint is wet, which means that it will dry and you'll soon notice the mess. When you remove the caulking at the start of the job, you're increasing your likelihood of making the entire project neat and tidy.

To learn more about bathroom remodeling, contact a business such as JC James Remodeling. 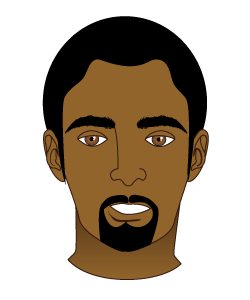 Do you absolutely adore your home? Perhaps, you’ve made many fond memories in this house you’ve lived in for several years. However, you might not have enough space in your abode for your expanding family. If you can relate to this situation, consider hiring a remodeling contractor. This professional can build a spacious addition onto your existing property. For instance, you might wish for your remodeling contractor to add a bedroom, bathroom, or living space to your current home. On this blog, I hope you will learn the many benefits of hiring a remodeling contractor to build an addition onto your house. Enjoy!